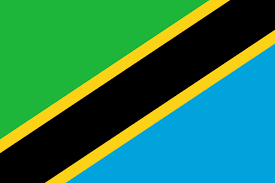 Homosexuality in Tanzania is a socially taboo topic. General social stigma against LGBTQIA+ populations is particularly heavy. According to a survey, 95% of Tanzanian residents believed that homosexuality is a way of life that society should not accept. LGBTQIA+ communities experience discrimination from family members, removal from school, derogatory and hate language, police harassment (mistreated, hated, ostracized, beaten with belts, stripped naked and, in one case, corrective rape). Transgender and intersex identities are also received incredulously by police authorities. There is also evidence of discrimination in housing, education and employment against LGBTQIA+ persons. In recent years, Tanzania has become particularly hostile to LGBTQIA+ people. Even in comparison to other countries that criminalize same-gender relations, Tanzania has become an outlier in its efforts to render LGBTQIA+-friendly health services inaccessible. In October 2017, the government deported several HIV/AIDS groups on the basis of "promoting homosexuality".

There is evidence of arbitrary arrests of LGBTQIA+ activists in 2009. In July 2012, LGBTQIA+ activist Morris Mjomba was murdered in Dar es Salaam. Two following organizations have been registered through ILGA which might be active in LGBTQIA+ field:

Access to refugee protection in neighboring countries is virtually impossible for LGBTQIA+ applicants, given that claims based on sexual orientation are not recognized. For example, a recent case of a Tanzanian gay man, whose request for protection on grounds of sexual orientation was rejected in Malawi, Zambia and Zimbabwe. Some of LGBTQIA+ individuals flee their home country from the persecution and violence and go to a safer destination in European and North American countries.