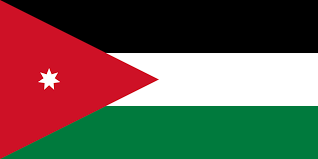 Same-gender conduct was decriminalized and homosexuality remains legal since 1951 in Jordan. It means there is no law against LGBTQIA+ individuals but they still face legal challenges and discrimination. Homosexuality is declassified as an illness, but there is no specific, stand-alone civil rights legislation that protects them. There is no recognition of same-gender couples’ relationship in Jordan. Gender change for trans* people should be allowed and decided by District Courts in Jordan. The Jordanian penal code gives the police discretion when it comes to protecting the public peace, which has sometimes been used against gay people organizing social events.

Despite homosexuality being decriminalised in Jordan, the same-gender sexual activity and relationships are prohibited under Sharia law. Stigmatisation and harassment towards this group are consequences of Jordanian society governed by traditions and inherited societal values as well as tribalism. LGBTQIA+ people displaying public affection can be prosecuted for "disrupting public morality" and most of them face social discrimination such as negative public attitudes, police mistreatment and fear of their family harming them due to their sexual orientation or gender identity. According to a survey in 2019, 93% of Jordanians answered no on question of "Should Society Accept Homosexuality?" LGBTQIA+ issues are largely considered taboo by the media, but when they are discussed, they are often discussed as part of a dangerous Western agenda. Members of the LGBTQIA+ community fear becoming victims of violence and honor killings, demonstrating the incapacity and unwillingness of the state to protect its LGBTQIA+ citizens.

Sawaedjo gives the assistance for many groups including the LGBTQIA+ indirectly. https://www.sawaedjo.org/EN

LGBTQIA+ persons are forced to leave Jordan as a consequence of negative public attitudes, police mistreatment and fear of their family harming them due to their sexual orientation or gender identity ending them up escaping to Northern America or Europe.