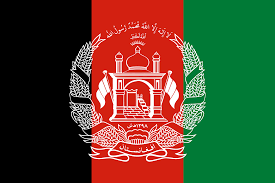 The legal situation for LGBTQIA+ people in Afghanistan is not explicitly clear on paper, but law professionals and the LGBTQIA+ community agree that homosexuality is undoubtedly seen as a crime. Homosexuality for both men and women is illegal in Afghanistan according to Islamic Sharia Law. Laws provide no protection against discrimination or harassment based on sexual orientation or gender identity and there is no legal recognition of same-gender couples. Groups working to protect LGBTQIA+ people operate underground to avoid being shut down or attacked. In the past Afghan penal code, "pederasty" (a sexual act between men where one of them is a young boy) faces 3 months to 2 years of imprisonment. Based on Al-Qaeda and Taliban rules, all sexual activities outside of marriage are potentially punishable by  the death penalty. After the Taliban returned to power, they have begun going after LGBTQIA+ people in Afghanistan. Members of this group reflect on their fears and the brief moments of freedom they used to have.

Homosexuality is a taboo subject in Afghanistan, rarely discussed in the media and widely condemned as immoral and un-Islamic. Based on the religious structure and low education of Afghanistan community, there are very limited understanding of LGBTQIA+ people in the society. LGBTQIA+ communities in Afghanistan have always lived a secret life because homosexuality there is considered immoral. There are plenty of reports of harassment, violence, and detention acts by police or of gay men being beaten and threatened with death. Also, there is other significant violence like honour killing in society and families. However, a practice named “bacha bazi” is still prevalent in northern Afghanistan. It is a practice that forces teenage boys to dress as women and make them participate in dance competitions and engage in sexual acts.

There are almost 2.5 million registered refugees from Afghanistan as the largest protracted refugee population in Asia, and the second largest refugee population in the world. Considering the increasingly deteriorating security situation in many parts of the country, the violence continues to drive people from their homes. There are many homosexual and transgender people among Afghan refugees who have escaped to European countries, including Austria, Belgium, Germany, the United Kingdom and so on.

LGBTQIA+ activities are illegal with death penalty as punishment. Afghan law currently prohibits political parties, interest groups or social clubs from Islamic advocating anything in opposition to morality. With the Taliban’s return to power, it is very unlikely that a political or social organization advocating LGBTQIA+ rights will be permitted to exist and promote viewpoints. There are no LGBTQIA+ advocacy organizations or known networks for LGBTQIA+ people in Afghanistan but some individual LGBTQIA+ activists in- and outside of the country use social media for LGBTQIA+ issues.