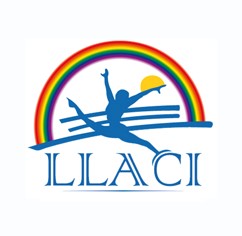 Lesbians Life Association Côte d'Ivoire (LLACI) is a non-profit association of lesbian, bisexual and transgender (LBT) women in Côte d'Ivoire, with a particular focus on raising awareness of the specific needs of LBT women in terms of health care, education of the population concerned and civil society.

LLACI's primary mission is to initiate and support all actions in favour of lesbian, bisexual and transgender women. It also conducts national and international advocacy for the promotion of the rights of LGBTQIA+ people but with a particular focus on LBT women.

LLACI intends to consolidate the progress made in terms of legal equality and rights; it ensures that state bodies such as the CNDHCI, all civil society actors and general human rights organisations as well as all social justice actors focus on the promotion and protection of the rights of sexual minorities in Côte d'Ivoire. But also, the building of strategic alliances with certain human rights organisations such as LIDHO to document cases of violations of the rights of LGBTQIA+ people and provide assistance where necessary.

LLACI creates a framework for sharing with a mission of activism, awareness-raising, analysis, reflection, dialogue, debate, sensitisation and training that seeks to change the way people look at sexual minorities in general. It focuses on its actions on the promotion of fundamental rights through a more representative LGBTQIA+ civil society and more committed activists. In this way, it envisions a more tolerant society towards LGBTQIA+ people.