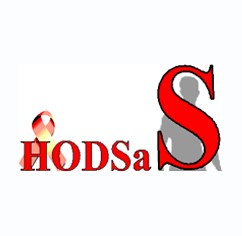 HODSAS is an initiative of human rights activists and defenders since 2011. The association is registered with the Ministry of Justice and the Keeper of the Seals (No. JUST_112/DP-SK/CA 5009/2015) as an organisation for the defence of human rights and the promotion of access to health and protection of key populations in the face of the unfavourable environment, advocating for the social acceptance of difference and secularism throughout the territory of the DR Congo

The organisation has 13 founding members and 178 adherent members, working in eastern DR Congo, with a national office in Bukavu and a western branch in Kinshasa. HODSAS has an information, education and communication centre on STIs-HIV/AIDS and safe sex (SSR), as well as a library. The centre also offers advice to drug users, immigrants and victims of violence related to their sexual orientation, and refers them to the solidarity committees for permanent support in eastern DR Congo.

To promote the health and protection of key populations through collective participation and leadership building on gender identity and sexual orientation in DR Congo.

HUMAN RIGHTS FOR ALL

Past and present projects:

In a post-conflict context and in the absence of laws protecting sexual minorities, Congolese legislation does not facilitate the promotion of human rights related to sexual orientation and gender identity for an effective fight against HIV/AIDS and the promotion of protection for ALL. For this reason, HODSAS has developed strategies that focus on promoting leadership by and for the affected populations to address this situation.

In the absence of a national policy for the protection and inclusion of affected populations in the implementation of strategic plans for the prevention of HIV/AIDS and the protection of ALL, there is an increased need to develop with all stakeholders a common strategy for the promotion of human rights.