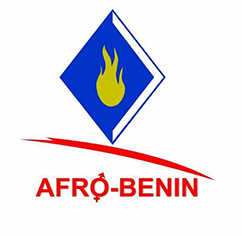 AFRO-BENIN, the Association of Women for an Oriented Succession, is a Beninese association of lesbian, bisexual, transgender, queer (LBTQIA+) and sex workers (SW), is legally registered since February 2016.

Although Benin does not criminalise people on the basis of their sexual orientation, there is persecution and harassment against sexual minorities and sex workers. This is why Afro-Benin proposes an inclusive approach, integrating heterosexual women as well as LBTQIA+ people and SWs in its action plan.

The approach is intended to be inclusive, integrating :

As its work focuses on the promotion of women and trans* people in terms of sexual and reproductive health and human rights, the association contributes to

Through meetings with civil society actors such as journalists, lawyers, psychologists and doctors, it examines issues concerning the inclusion of LBTQIA+ people's demands in Benin's policies. The sessions aim to raise awareness of LBTQIA+ communities and advocate for their commitment to effective social justice in Benin.

Through numerous projects to raise awareness of sexually transmitted infections (STIs) among women of different sexual orientations (LBTQIA+), and the dangers of HIV co-infection, Afro-Benin is working to combat STIs/AIDS among women who have sex with each other and sex workers. In this regard, it participated in the QAYN-funded community survey on the sexual and reproductive health needs of lesbian, bisexual, transgender, queer and women who have sex with women (LBTQFSF) in sub-Saharan Africa.

AFRO-BÉNIN would like to combat the situation of precariousness and marginalisation that women in general experience, and which is reflected in the lives of LBTQIA+ and TS women in particular. One of the strong actions carried out in this respect is the fight against school drop-out and illiteracy, through educational tours in remote rural areas. In this way, the association aims to give LBTQIA+ and TS women in these areas a chance to become socially integrated.

In Africa and Benin in particular, women and LBTQIA+ people still face many challenges and their rights are often violated. This is why both International Women's Day on 8 March and Trans* Day of Visibility on 31 March are celebrated. Similarly, on 17 May each year, communities celebrate the International Day Against Homophobia and Transphobia. These celebrations consist of the organisation of activities culminating in an evening event, the aim of which is to create a convivial space for Afro-Benin to meet with opinion leaders, members of its communities, and other activists to discuss issues concerning the specific rights and needs of women and trans* people. It is also an opportunity to strengthen advocacy with the authorities at various levels, notably for the recognition of vulnerable sexual minorities in national health programmes and the integration of their needs in social demands.

Create a world where all girls/women, regardless of their sexual identity or orientation, are empowered.

AFRO-BÉNIN aims to promote the dynamism and development of girls/women, LBTQIA+ and/or TS, through new approaches to intervention and participation.

AFRO-BÉNIN has diversified its objectives to better meet the needs of the communities concerned:

Since 2013, AFRO-BÉNIN has been working to improve the living conditions of girls/women, LBTQIA+ and TS in Benin by carrying out activities in a participatory approach.

On education and training :

The issue of lack of unity in LBTQIA+ communities prompts the association to look for ways to promote unity in order to be able to drive participatory development within the communities. As such, the association organises mass activities to reach out to as many people as possible.

In addition, the difficulty of accessing funding is also one of its weaknesses. Consequently, it is actively working to develop new partnerships in order to improve its service offer and become a reference in the fight for the rights of LBTQIA+ people in Benin and to create a reception centre capable of meeting the needs of LBTQI+ and TS.

AFRO-BÉNIN is deepening its expertise through awareness-raising and advocacy activities, notably through the AFRO-ACTI project, which has strengthened the leadership of its members and facilitated the mobilisation of LBTQIA+ people in the most remote areas. As a result, it has a better understanding of the problems faced by its communities and develops solutions thanks to its technical and financial partners. To this end, it has created a blog to report on its activities.

The association works in partnership with African identity networks:

But national and international organisations are also among its development partners: